I originally touched on this release in the Reality Asylum single release details, but I’ve found some new images around the net that now allow me to flesh out this post. After the initial release of the single and had been an indie chart hit Rough Trade approached the band to see if they wanted to release the single in Japan. Penny remembers ” Rough Trade asked if they could release it and we thought why not, I think Gee did some extra stuff for the sleeve, they did all the work we didn’t have much to do with it” Numbers released vary between 1000-5000 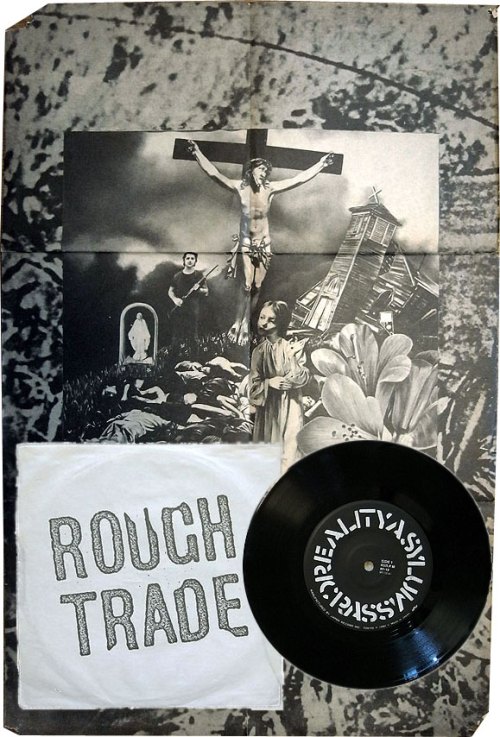 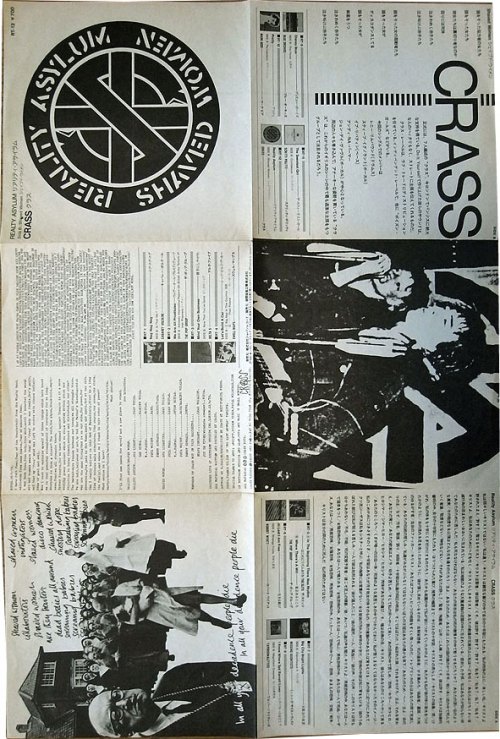 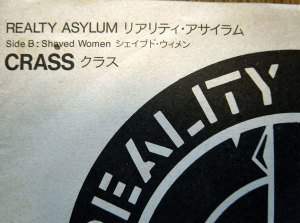 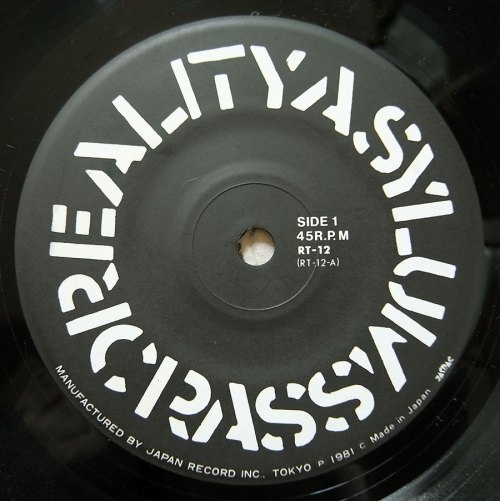 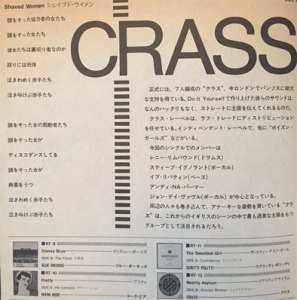 After the first pressing of the feeding of the 5000 on Small wonder came out minus the Asylum track, you could write to the band at dial house and get a copy on cassette. here a shot of the cassette and letter, image from Toby Mott Collection 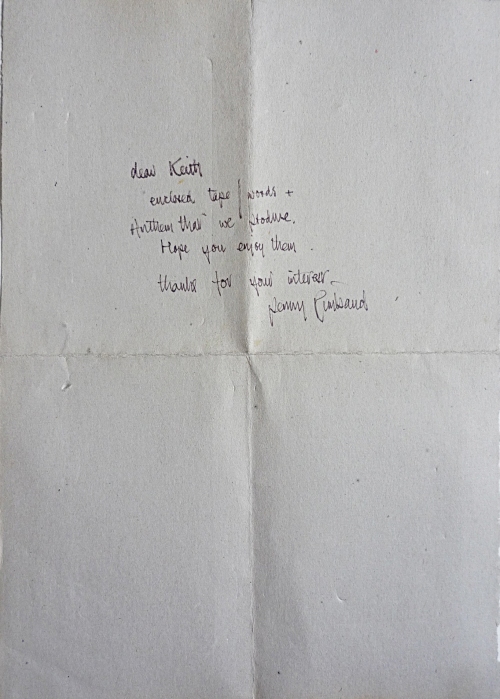 The second pressing of Reality came with a wrap around poster sleeve, designed by Gee. The poster shows a crucified Jesus character surveying a ramshackle old wooden church and people lying on the ground either in prayer or having been shot by the character with the gun.

There was also a Japanese release of Reality Asylum 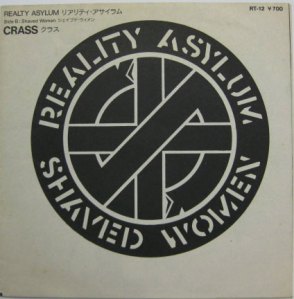 After The problems with the pressing plant with The Feeding of the 5000 the band decided to release Asylum as a single and after they found a French pressing plant willing to press the single they released as Reality Asylum backed by Shaved Women. The Original 5000 were released with this card sleeve, these were soon sold as Reality Asylum climbed up the sounds alternative chart. The second pressing came with a poster sleeve designed by Gee Vaucher. George Berger adds ‘Asylum’ was the first Crass Record to feature the stencil lettering on a black circle that would come to represent their brand as surely as Beanz Meanz Heinz. It was a straightforward influence from pop-artist Jasper Johns, the American artist who emerged in the late fifties to influence both Pop Art and Minimalism and who was a notable forerunner in the use of stencil lettering,

Penny wrote ‘Meanwhile, benfiting from our own enterprise in the form of royalties from our first album, and boosted by an inheritance left to Andy by his grandmother, we had finally been able to induce a pressing company to manufacture ‘`Reality Asylum’.  Not content with the original recording, we had re-recorded it and then, rather than having to search for a printer, we had printed the first five thousand covers ourselves. Not wishing to implicate Small Wonder, the record was released on Crass Records, a label at that time we had no intention of expanding.’

As with Feeding, it wasn’t only the songs on the ‘Asylum’ single that stood Crass apart.The single was released initially in a gatefold cardboard sleeve. Subsequent repressings took the weirdness even further, as the sleeve folded out to six times the single size to reveal a poster of a man (not ostensibly Jesus Christ) being crucified.

Penny:“The big foldout poster – you could look back to the sixties, where people used a lot of that sort of tactic. No-one had done it on a record before, but the whole idea of broadsheets was very much a sixties thing.”

The Lyrics were first developed in the book Christ Reality Asylum that Penny wrote, just as the band were starting. george berger adds “Written by Penny Rimbaud, ‘Reality Asylum’ was an enormously brave single, risking as it did not just worldly prosecution, but eternal damnation too.”